Recognizing the Time has Passed for the Pastoret Terrace 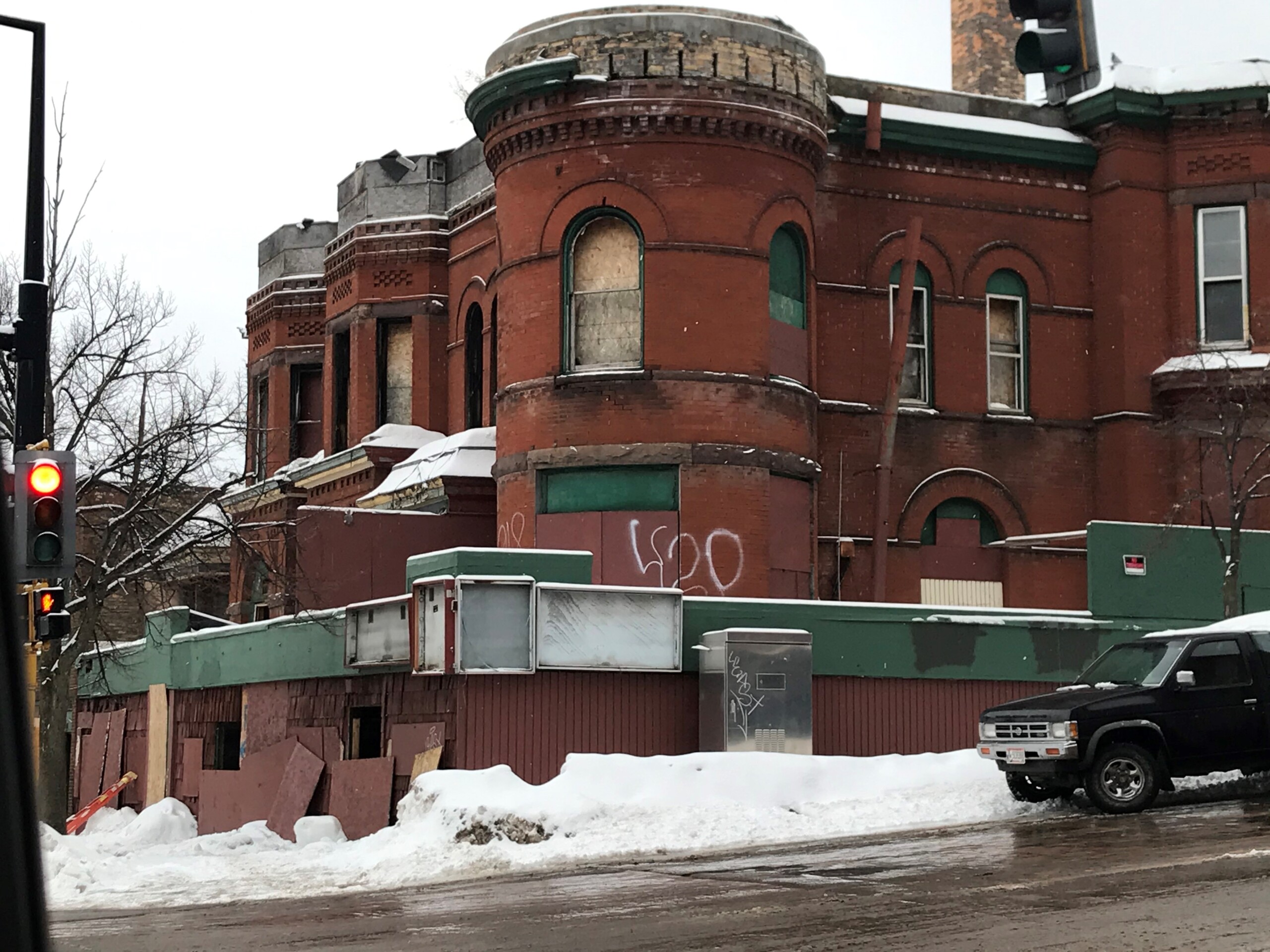 Recognizing the Time has Passed for the Pastoret Terrace

For the past 17 years, our Chamber has been a neighbor to the Pastoret Terrace. We are one block removed; consequently visitors to our community and Downtown often stop in to inquire about that building. 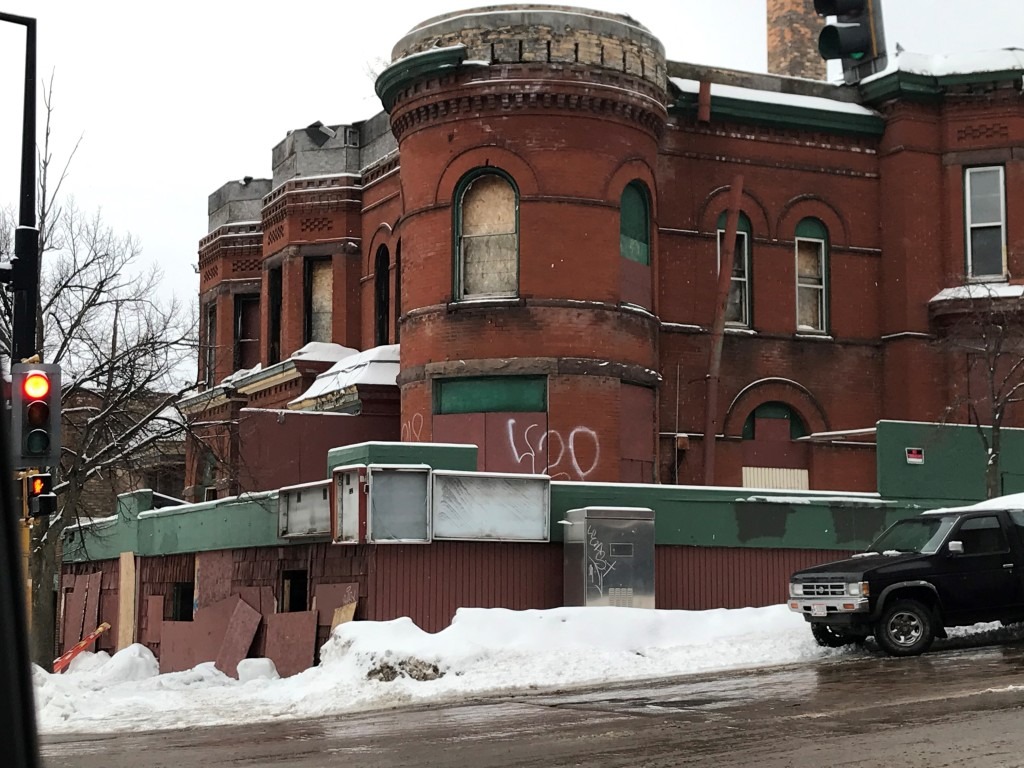 They have asked “What is that?” Or, more specifically, “What was that?”

“How can such a blight be allowed?”

The Pastoret Terrace was not always in this state. Visitors are curious about the history of the building. They see the brick facade above the painted cedar addition. They see the rounded tower, remnants of brownstone, the ornate detailing that once made the building remarkable.

Architect Oliver Traphagen constructed the building in 1887. Its original design included townhouses intended for affluent professionals. However, the luster of downtown living faded; eventually the building was divided into multiple rental units. A first-floor addition was built.  The tower roof was removed. A bar – the Kozy Bar – was established.

Eventually, the building became known as The Kozy. For many years its tenants and bar activity attracted notoriety within the community and the police department.

In 2010, a destructive fire roared through the building. Thankfully, all tenants escaped the blaze but were left without homes as the building was now uninhabitable with damage far beyond repair.

The Kozy has sat hollow, dangerous, and a blemish to Duluth’s Downtown ever since.

“How can such a blight be allowed?”

The Pastoret Terrace is no longer a gem in our community. This building haunts the neighborhood and our fellow Duluth businesses. It scares away new investment.

It is time to remove this building and its troubled past. 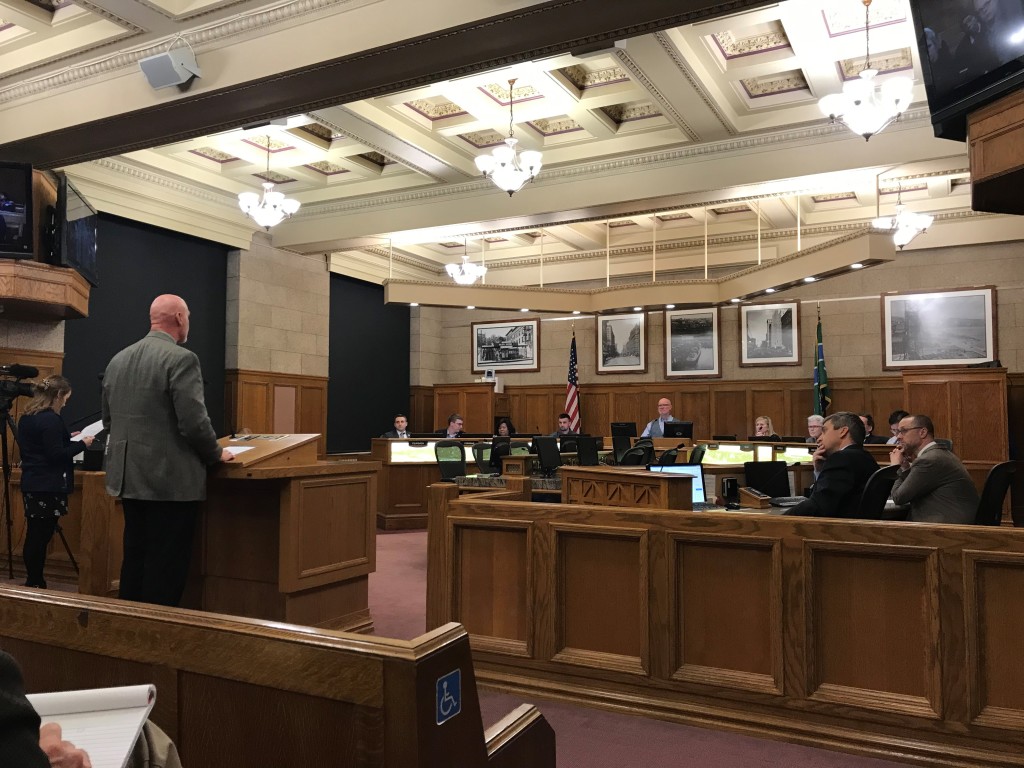 On Monday, January 13th, Chamber President David Ross presented to the Duluth City Council in full support of the DEDA resolution 19D-48 authorizing the agreement with Rachel Contracting, LLC for demolition of the Pastoret Terrace Building in the amount of $148,683. City Attorney Gunnar Johnson advised the Duluth City Council to table any action Monday night regarding the demolition of the Kozy. (Read details about the decision in the Duluth News Tribune.)

Still, the Chamber will continue to advocate for the revitalization of this Downtown block. Doing so will pave the way for new development – housing, jobs, business – to our growing downtown.